Political Marketing and Its Role at the Poll 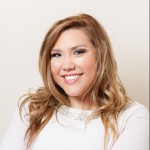 While it’s nice to think that our voting decisions are based purely on how well the platforms of each of the candidates aligns with our own individual set of beliefs and values, it is far more likely that our ballots are cast based on the outcomes of carefully targeted and optimized political marketing campaigns. Initially, understanding that our actions are likely prompted by the calculated promotional efforts of external entities may be uncomfortable, but consuming the marketing of any product, service, or idea is how we make decisions about many things in our everyday life-from what peanut butter to buy to what clothes to wear-and that’s not a bad thing… especially in a country where every decision comes with so many choices.

Political marketing is the process by which political candidates promote themselves and their platforms to voters through masterly-crafted communications aimed at gaining public support. As a business marketer, you may think that political marketing techniques and strategies don’t apply to you, but while the entity being marketed is different, there are many parallels between political marketing and the marketing of goods and services.

Both business marketers and political marketers use media outlets to inform, remind, and alter the attitudes and behaviors of potential clients and voters (respectively), and they both employ similar tools when structuring campaigns, such as market research and statistical analysis.

The primary and most important difference between business marketing and political marketing is that the latter is used to raise awareness and inform members of the public about critical issues and leadership choices within their community, state, and country.

Despite the presence of 24-hour news stations and 24-7 online news coverage, the general public remains under-informed on political issues and news. According to a Pew Research Center survey of 3,147 randomly-selected American adults, only 33 percent were aware that the U.S. Supreme Court has three women judges, only 52 percent knew the correct number of Republican and Democrat seats currently held by the U.S. Senate, and only 51 percent could correctly identify Elizabeth Warren, Massachusetts Democratic Senator and former Special Advisor for the Consumer Financial Protection Bureau. This is why political marketing is so important-to raise awareness on current issues so members of the public can make informed decisions about what and who to support.

In a nutshell, the importance of political marketing is how effective it is at spreading messaging and informing the public. Campaign messages and ideas are very easily and quickly consumed and shared, and this facilitates a better more organic way of raising awareness and generating a call them to action, whether that action is to join a campaign, lobby for a bill, or cast a vote at the poll.