The fans of Twitter Moments were fans because it allowed you to keep track of important things happening around the world. Seems helpful, right? Well, fret not, because Twitter Moments is still there. At least for the time being.

Getting to Twitter Moments, though, has become a touch more complicated. Why? Because the lightning bolt icon that signified Twitter Moments no longer exists. Your search for it on the Twitter bar will be in vain.

Instead, there is now a new Twitter Explore icon, a magnifying glass. You can find this new icon on the Twitter bar next to Home, Notifications and Messages.

This might remain the order of things, or Twitter might decide to fiddle a bit with the placement of the various functions under the new consolidated Twitter Explore tab. Who knows? But it will depend on how popular the current order proves to be.

Personally I think, this consolidated tab is pretty handy as it allows you to find all your Twitter search and discovery features in one place. No need to bounce from one place to the other. Any Twitter user can now use the one consolidated Twitter Explore tab to scroll through and see all major headlines of the day. No need to ever leave the Twitter platform as you can scroll through all kinds of content with abandon.

Over the past year, we’ve been exploring different ways to make it simpler for people to find and use trends, Moments and search…Nothing is going away, we are just making it easier to find what you want.

To be honest, the writing had been on the wall for a while. Twitter Moments never was as popular as Twitter execs might have hoped when they originally launched it. And not enough dedicated users means that it no longer makes sense to dedicate a whole tab to Twitter Moments. The Twitter bar is pricey real estate, after all.

How does the new Twitter Explore tab affect your business?

Given the newness of the switch, it might be a touch premature to determine the impact on your business. But, we can venture some guesses.

It will make things easier by streamlining the discovery process. With the new Twitter Explore tab, you can now find all the newsworthy, viral and trending topics without necessarily following the relevant accounts. Now this content is easily available to even the most cursory Twitter user.

And, you can customize it to your location, or set the location to any other countries you are interested in.

So, the big change will be ease of use. And, the potential to reach more eyeballs.

Both of which are good for business social media messaging.

Beyond that, I foresee very little change. Twitter Moments was never popular enough that it had a huge impact on business social media messaging. Using Twitter to amplify your social media marketing either through your own channels or through brand advocates will remain essentially the same.

So go ahead: tab into the new Twitter Explore. The more you use it, the more customized it will be. Because Twitter is listening and the Explore tab will get to know you. 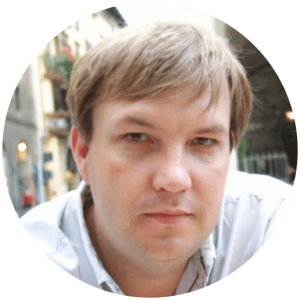